I'm a sculptor wanting to learn this incredible art.Welcome My recent project I sculpted these faces from 100lbs. of clay, built a mold then cast these in resin. I gave the faces a primercoat so they are now ready for painting. The masks are 3' tall 2' wide 12"deep. So now I got to figure out what to paint them in, flames, war paint,scenery, abstract, once I'm confident enough with my new airbrush. The Iawatastarter kit I bought came with water base paints that I plan on using. Ifanyone has any suggestion for my journey I'm all Lips. 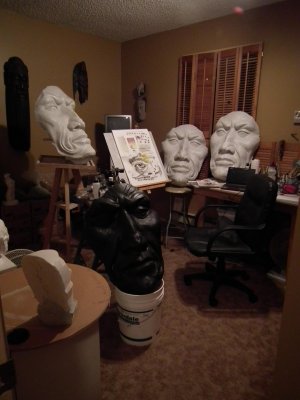 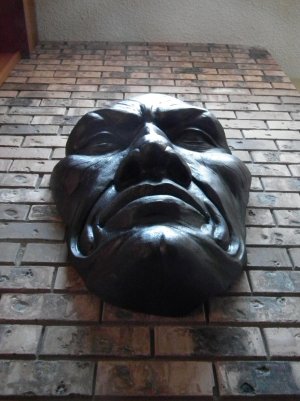 Wow. They look fantastic!
As for how to paint them, I can't really help there but I have no doubt you will come up with some great ideas.
T

First off you’re link of your work is brilliant, and yes an airbrush would be a great tool to paint you’re sculptures /masks you could get great fades from the dark to light with one of these,
If any of your work is for outside I would clear coat it with K2 which is a lacquer but it doesn’t have to have a shiny finish as you can add matting agent to get a satin or matt finish

very cool!! i loved to sculpt but picked up carving insted, guess you can say i went the opposite route, !! i would love to paint one of these!!

They are great! I think you should take moulds from them, and paint all of the above. I think it would be awesome. And as an aside, maybe a great comp idea one day, getting some cheap masks from a hobby shop, and painting a design on them!
W 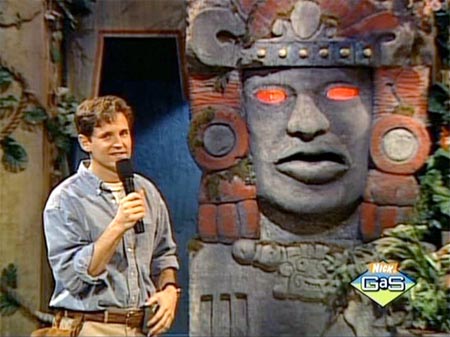 I keep coming back to these faces to have a look, they're awesome! I might airbrush them on 2D surface once
The faces look really angry, war paint would be a good one. Maybe you can do a history series through time and culture. Every culture has it's own 'war' faces, the green/brown camouflage look we know these days, the maori tattoo style, andduuuh.... other styles can't come up with other ones now but I think you get the idea.

Or the contrare, make them really happy while being really angry. Flowers and stuff
You could also exaggerate the shapes with simply highlights and shadows, although the shapes are already very strong of themselves.
Maybe that is the problem too, the shapes are already soo strong in the face that anything you do with it could really harm the strength they show.

I could come up with a lot more if I would go for a brainstorm, these are just the first thoughts I had now.
R

I think war paint would be awesome, or use it as more of a canvas and paint a native American scene on it...kinda like you see on cow/buffalo skulls.

Another idea would be the war paint and also incorporate a large canvas behind the mask depicting the head dress of a chief or even add other Indian warriors on the canvas as a background, using the casting as a 3d element within the painting.

Sounds nice, depict on them why they look angry/stubborn, you could paint the whole story
G

This all is very helpfull, thanks for your ideas. the nice thing with having the mold I can keep pumping them out. When
i do finally put paint to them I'll be sure to post some photos.
You must log in or register to reply here.
Share:
Facebook Reddit WhatsApp Email Share Link
Top