I came across this on a model forum I am on. I think it's awesome! Gotta get one at some point, just to have ya-know. $79.59 shipped to the US so it won't be soon. Interesting Iwata gave the license for this. 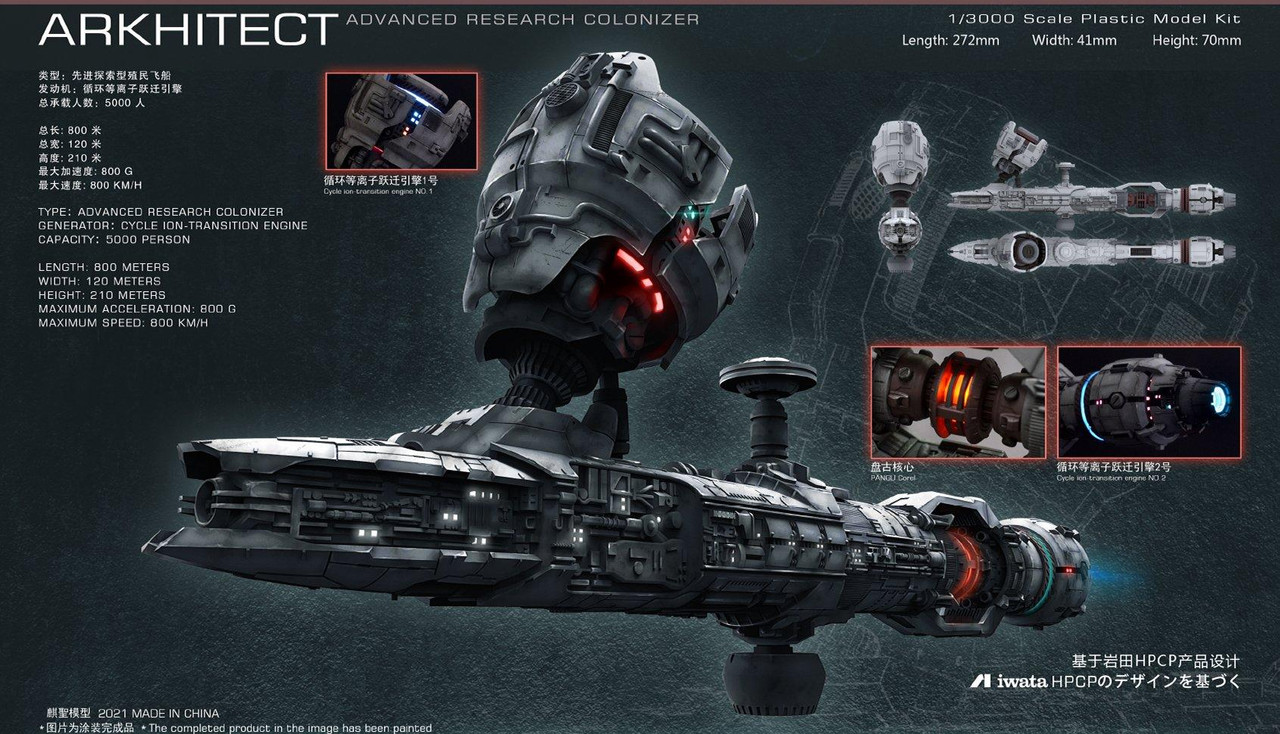 A couple of people have sent me this - definitely cool!

That is made out of awesome. LOL

It is different to say the least. I'm not a Trekkie so it's not really my thing but I still want at least one for what it is.

I'm surprised there have only been 3 comments. If you think it's dumb and stupid, which it kind of is, I have no problem with that opinion.

I think they missed the boat, so to speak, on this. I would have designed it as an SB. It would have been lower, less top heavy looking, and although it's not done they could have put a "cup" out each side. That would have made it easier to sit while "landed".

Then again, if they would have designed it, as an SB, with one or two "pods" it may not have been as obvious.
N

Not a Trek ship, or even in the Trek style, but I'm guessing by "not a Trekkie" you really mean "not a sci-fi person in general".

It's interesting, though the chonky structural randomness isn't my style. I've seen this sort of thing before as an illustration exercise. Here's a guy that's better at it IMO (but no kits, or airbrushes, unfortunately):
https://www.artstation.com/spacegooose

There's a famous old spaceship model kit called "the Lief Ericson" which is infamously clearly based on a whisky bottle:
http://www.projectrho.com/SSC/model.html

In these days of accessible 3D printing and 3D modelling software, different takes on an "airbrush ship" like this could be a fun challenge.

Now I'm picturing "mascot ships" for different airbrush brands, each in it's own art style, sort of like how different alien ships in Star Trek are identifiable by art style. Sort of like how people make anime girl mascots for software or computer hardware brands (yes, that is a real thing).

this is from a page someone sent me - "Product Description
The spaceship is composed of total 177pcs plastic parts, plus 22pcs different colors of LED lights. This approach is relatively rare on traditional models. In order to achieve the best results, we specially use custom-made LED lights plus different semiconductor parts to adjust the brightness of the light source, and adjust the position repeatedly to create a uniform and diffuse light source. And different degrees of haziness to achieve the best results.
Scale: 1:3000" 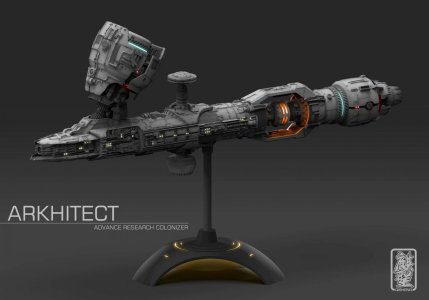 Custom aftermarket lighting kits like that aren't that weird, but tend to be only available for the more famous/popular subjects. Like, finding a kit for a given Star Wars or Star Trek ship kit isn't unusual, but it is unusual for an obscure or non-franchise design like this. And it's extremely rare (almost unheard of) to have one packaged as part of the base kit.

Some old kits would come with lighting kits, but we're talking old as in "grain-of-wheat incandescent bulbs", and very, very rudimentary lighting setups.

Only total package like what their describing that I can remember off the top of my head is the Bandai 1/1000 Star Trek ship kits, which I think were made around 2010 or so IIRC. Full custom LED circuits with internal light transmitting and diffusing clear parts, basically to replicate what would have been done with lots of internal fiber optics, external studio lighting trickery, and VFX on a 6-foot movie miniature with internal LEDS on an 8-inch model kit.

This kit was clearly someone's passion project, and that's pretty cool in its own right.

Nessus said:
but I'm guessing by "not a Trekkie" you really mean "not a sci-fi person in general".
Click to expand...

Yes, I was guilty of painting with a broad brush there. I know it is more in style with Star Wars than Star Trek. There are also a myriad of other designs that could be included. No, I'm not a sci-fi modeler. Nothing against it. Haven't found one I'd like to build til now.

The link you provided has some outstanding art work. Thank you for including it.

I had built a Moebius Jupiter 2 for a guy I worked with who got it as a Christmas present. I'm fairly certain you could get a lighting kit for it, which Nessus is correct as they are usually sold separate. He didn't buy it and neither did I.

And Nessus, your idea about other airbrushes in the same general theme has me thinking. I have a spark of an idea now. Gotta see if it may be doable.

Thank you for the post too Dave. You're trying to talk me into getting one I can tell. The included lighting kit is rare and it does help a lot to justify the cost of the kit.

When I do get one I think I will turn it into an SB. I'd make the two pods engines. They would rotate. Downward thrust for take off and landing and forward/reverse thrust.

And if you read the box top it shows this thing travels at 800 Km/hr. That's about 497 mph. This thing ain't flying through space, it's crawling. It needs warp drive.

That was the first thing I thought too ! 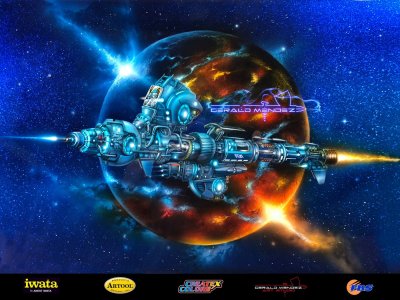 Beautiful artwork piece Dave. Thank you for posting it.

I think it looks great. I could see one on my shelf in the future.

Staff member
Mod
It’s very cool. Gerald Mendez did a painting of this a while back. I wonder if his painting or the model came first. Either way, it’s pretty badass.


Sent from my iPhone using Tapatalk

Nessus said:
Here's a guy that's better at it IMO (but no kits, or airbrushes, unfortunately):
https://www.artstation.com/spacegooose
Click to expand...

When I looked though Mr. Simpsons artwork the last pic reminded me of an album cover from back in the day. Asia's first LP.
Mr Simpsons 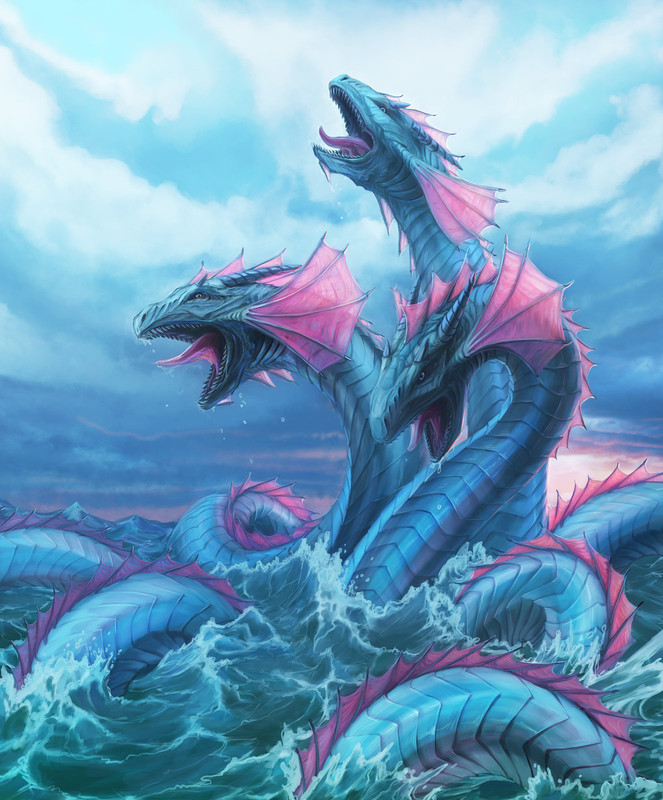 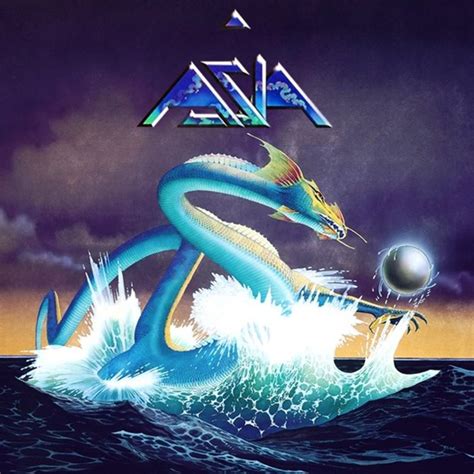 Both extremely nice in their own right.

Came across this today. Doesn't seem like parts 2 and 3 have been made yet.

And a double action

M
Looking for my first airbrush. Please help me
2