This is not for anyone that is not good with your hands. I took the needle out and used 1000 wet dry sand paper. I chucked the needle in a drill no high speed you have to put the ball end all the way to the back of the chuck. all this has to be done carefully so as not to bend the shaft. I layed the drill at a sharp angle on the glass( I used pyrex smooth cutting board )and used th 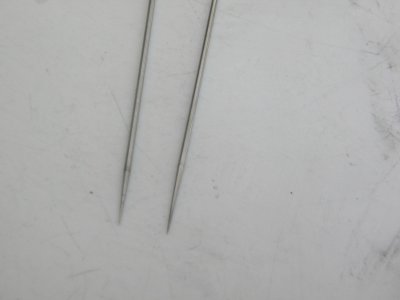 e putty knife with the 1000 gtit paper and held pressure with putty knife sand paper on putty knife side ,don't use your fingers or you will dish the tip. tapering , sharpening and truing the tip. I then worked to 2500 grit all the way to tooth paste. Years ago I used to fix stress cracks on plexigless canopies on aircraft so I gnow toothpaste will mirror finish. Anyone tried rainex on the tip?I just put some on last night. might work or not.he needle on the left is off my iwatta neo and i dare say it would work better in me neo than the stock one. I think I might true ny neu tip also.Got the grand kids this week so I have to sneek out after bedtime to work my mad man stuff

Thanks, I am new to this and I love you guys for the inspiration and help.Nothing better than "been there Done that"
R

Yeah its pretty common to polish ur needle. It can improve ur brush but if u change to form slightly too much it works like crap. So be carefull.

Its like tuning 2 stroke cilinders, go slightly too far and u decrease ur power.
B

good analogy. thanks for the heads up terms I can relate to. Are you a two stroke man? bentoad
R

bentoad said:
good analogy. thanks for the heads up terms I can relate to. Are you a two stroke man? bentoad
Click to expand...

Was a 2 stroke man. I messed around a lot with mopeds cus 2 stroke is simpler, but 4 stroke is more efficient.

But in 2 years il prob get a moped again, 2 stroke i think.
B 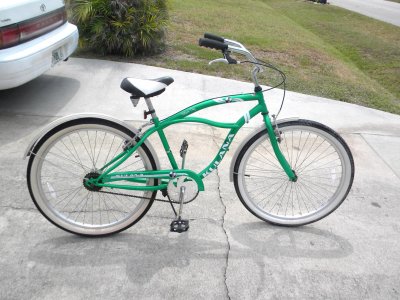 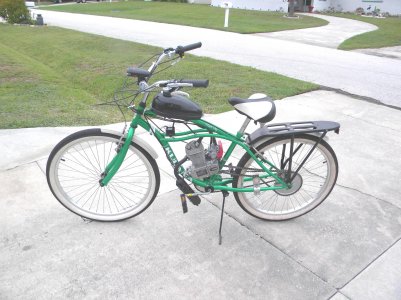 I took my beach bike and fit this 66cc 2 cycle gas engine and tank for riding around the hood. bentoad
R

Lol that's awesome, my last was a 70cc tuned 19mm carb with an exspensive but not custom exhaust.
It did 70km hour in no time, you could do wheelies, twas my sprinter, a automatic.

I miss her, but the frame was bended dangerously. So much hours into polishing her internals. Shame it had to go cus off the frame. Was painfull to say goodbye, i made a custome seat, modded sprint steer, good as new tyres, and the ne owner just put dirt tyres under it and trew the steer and buddy away.

Whole thing i completly took apart and repaint and fix everything. So much hours into her. Its probably torn apart by that guy now, sold and scrapped.
Last edited by a moderator: Oct 20, 2012
You must log in or register to reply here.